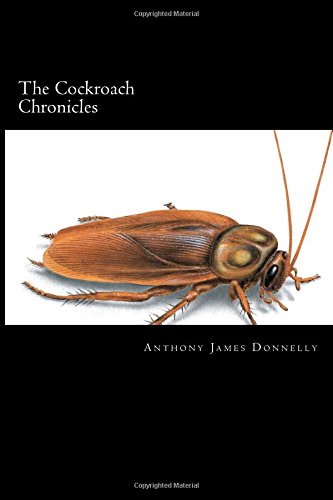 Many people have asked me why I personify so many strange creatures in my works. It’s a great question that I haven’t really ever thought about. The vast majority of my creative ideas just come to me, I don’t put much thought into it to be truthful.

Most recently this question came from someone that read an older book of mine, THE COCKROACH CHRONICLES, which as the name suggests is about a cockroach.

I chose a cockroach due to the subject matter of the book: discrimination and understanding – it just fit. The vast majority of people hate cockroaches, but know very little about them as a creature. I saw this as a perfect mirror to discrimination. Most people with racial bias or hatred for people of different religion, race, sexuality, etc., all comes from ignorance and lack of understanding.

For example, did you know these few facts about cockroaches?

In the same way some people are scared of spiders, wasps, dogs, etc., the vast majority have never been stung, bitten, or harmed in any way, it’s an inherited fear and a false fear.

Although the reader absolutely LOVED the story and it impacted her on a very emotional level (which was the purpose of the story!) she made a good point: it would probably be much more popular if you changed the title and the book cover graphic. I’d never thought about either of those points. It’s sold a handful of copies over the years, but nowhere near as many as I would obviously have liked.

To be honest, I’m not sure really what to do with this new observation. What do you think?